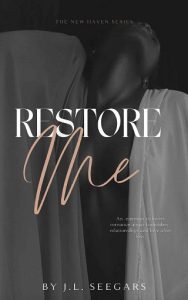 Sloane:
Dominic Alexander is my late husband’s best friend and the last man on Earth that I should want. He’s arrogant, dismissive, and up until recently has only ever used those dark eyes of his to look right through me. For the last twelve years, he’s taken a sick pleasure in making me feel paper thin, like my entire existence is of no consequence to him at all.
But now, things are different.
After one drunken night, and a surprisingly sexy act of heroism, he’s started to be…nice. Treating me like something other than the physical embodiment of his annoyance, which would be nice if it didn’t make me feel all the things I swore to never feel for another man after my husband died.

Dominic:
Sloane Kent is going to be my undoing.
What’s worse: I think I’m going to enjoy being unravelled by the gold flecks in her hazel eyes and the adorable little way she scrunches her nose up when we’re arguing, which we’ve done a lot of over the past decade. She thinks it’s because I hate her, and I’ve always let her think that because the alternative is…untenable.
But something is changing between us, and I don’t know how to stop myself from breaking every promise I’ve ever made to myself regarding my best friend’s wife. Promises that include never telling her that there’s a long list of things I feel about her, but hate isn’t one of them.

Restore Me is an enemies to lovers romance about forbidden romance and love after loss. It is the first book in the New Haven Series—an interconnected, series of stand-alone novels.