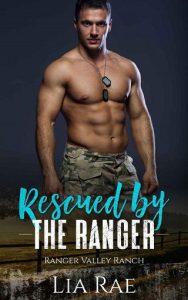 When a Valentine’s Day party, a snowstorm, and a dysfunctional GPS combine Hilary ends up in a snowbank outside a cabin in the woods. Which just happens to belong to the man who saved her life.
Lane Kissel has been hiding in his literal cabin in the woods. Whether it’s to keep himself away from people or the other way around he’s not sure anymore. But all that ends when the last woman he rescued nearly crashes into his cabin in her flight from humanity. Maybe they have more in common than he thought.
All Hilary wants is not to be at Chicago Bound for Valentine’s Day with all the happy couples. Ever since her return from being kidnapped in the Middle East her friends new and old have been trying to set her up, but she’s just not ready. Unless it’s for the hot Army Ranger who had her at “I’m here to rescue you.”
Except, He dumped her in an embassy without so much as a backward glance after her rescue. Now, they’re stuck together for seventy-two hours in a cabin in the middle of nowhere in the snow. Perfect.