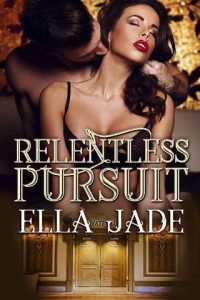 Desire unlocks the door to a new world, but she never expected to find him on the other side.

Julian Anders has a way of making women drop to their knees. He’s fierce, domineering, and knows what he wants in the bedroom. He craves total submission. His busy life doesn’t allow him the luxury of traditional dating. He doesn’t want it and doesn’t need it. He makes no apologies until Kayla Quinn, his best friend’s younger sister, shows up at the exclusive club where he finds his companions.

Kayla has been unsuccessful in love and is tired of waiting for the one. When a friend introduces her to an upscale club that caters in matchmaking without the commitment, she decides to try it. She requests a mature, dominant man, but she never bargained for what happens next.

Julian is enraged to find Kayla interested in men like him. Men who have no desire to commit. She’s not the club’s typical client. He’s known her for years but stayed away despite his strong attraction to her. He decides the only way to save her from a potential disaster is to pursue her himself. Can she handle his darker side? The one she never knew existed? Perhaps he’s finally met his match…both in and out of the bedroom.