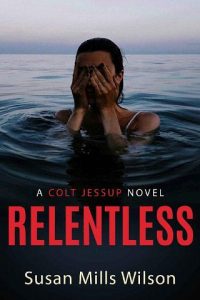 Detective Colt Jessup seeks solace and a break from police work on a Caribbean Island while on administrative leave, following a police-involved shooting. However, a criminal wants revenge and Jessup isn’t sure if he is the target or someone else.
Jessup’s snorkeling adventure turns dangerous when he takes on gunfire in the water. He isn’t sure if the bullets are meant for him or his friend Jax. Or could the target be the mysterious woman who swims alongside him? Peyton Campbell shows up on the boat for a prepaid outing, part of a package deal for her honeymoon. She claims to be a newlywed, but she shows up without a husband and refuses to explain his absence. Colt believes she is harboring a dangerous secret. Jax ignores Colt’s warnings against becoming involved with her and quickly becomes a willing captive ensnared by her beauty and charm. After another attempt on their lives, Colt joins forces with the local police to find the person responsible. Before they can unravel the mystery, someone is murdered on a sailboat. Was the killing deliberate or intended for one of them? Colt and the police must find the killer before another person ends up dead.