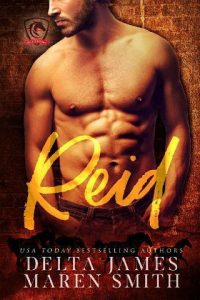 He’ll do anything to keep her safe.
Christian Reid has spent years infiltrating the notorious arms dealer Fariq Abdal’s organization. And now, just as he’s secured his position as the international terrorist’s right-hand man, who comes along to threaten his safety and mission before he can bring down NATO’s most wanted house of cards? No other than Fariq’s own baby sister, Aliya Abdal.

She’ll do anything to make things right.
Wildly drawn to her brother’s second in command but believing the undercover agent to be the same kind of monster, Aliya knows she must fight the attraction. But after an attack in the market disrupts her plans to join NATO, she realizes Reid isn’t as he appears. More than that, he might just be her only way to escape the fate her brother has planned for her.

Working together to destroy Fariq’s organization, Reid and Aliya forge a passionate relationship of their own as they fight through a web of terror and lies to find their own happily ever after. But all it will take is one wrong move for her vengeful brother to destroy them both.