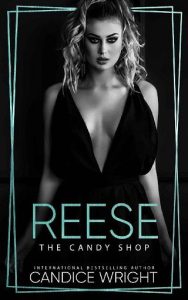 Being a Candy Girl is more than just a job, it’s who I am.
But before I became Reese
I was known as Malice, the street kid who killed a man before disappearing without a trace.
Now seven years later a serial killer is using those same streets as his hunting ground.
To catch him, I’ll have to go back to where it all began
To the place that was both my salvation and my downfall
Stepping out of the shadows means facing the people I left behind
Like the boys that once had my back,
Boys who grew into men that now threaten my heart.
But as both my worlds collide
My quest to catch a killer inadvertently paints a target on all our backs.
Making me realize too late
That some ghosts really should stay dead.