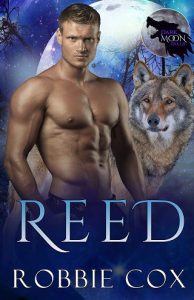 To her, age was just a number. To him, it was their greatest hurdle. Can she convince him they were meant to be before they lose everything?

Hayley Carter didn’t expect to fall in love when she went to college, but then again, she never meant to find such a charismatic professor, either. However, something about him just wouldn’t allow her to walk away even though he was more than twice her age. Of course, just as she was ready to take a chance, the past came back to rip them from each other’s grasp.

After resigning his position at the college, Reed Walker just wanted to go home to Dark Moon Falls and try to forget the fiery redhead who had captured his heart. However, his wolf won’t let him put her out of his mind. Just when he thought he had escaped the whispers of “dirty old man” and the nasty looks, she knocks on his door.

True love leaps every hurdle, but can Hayley convince Reed that their age difference is what makes them a perfect pair before someone from her past rips them apart?