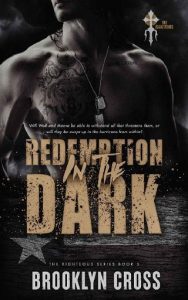 Wolf would sacrifice his life to save hers, but would he have to?
Maeve was finally free. She might be on the run, but she was not in a six-by-six cell for something she didn’t do, which was all that mattered. Small spaces and too much quiet time were never good for someone like her. Addiction was a real thing, a disease that pulled on the very fabric of her being, and she found herself once more wanting to succumb to that tantalizing desire.
Unfortunately, her turn of good fortune wouldn’t last when she realized that a U.S. Marshall was hunting her, and not just any U.S. Marshall, but the best tracker they had. A Wolf. He was one of the sexiest and most frustrating men she’d ever met.
Can Maeve avoid Wolf’s capture, or will she fall harder than she’d ever imagined?
Wolf understood all too well what it meant not to fit in. He’d spent his life trying to blend two worlds, neither of which wanted him. After a devastating loss, he decided to join the army and embark on a new chapter of his life that he thought would heal old wounds. Little did he know his greatest pain was yet to come. Back home, he was now a U.S. Marshall and divided his time between apprehending fugitives by day and burying them for The Righteous by night.
When he was given the task to bring the fugitive Maeve in, he thought it was a simple ‘dead or alive’ order, one he’d done a million times. What he hadn’t bargained for was the beautiful-storm of a woman that would test him at every turn and catapult his simple world into a life and death race from an enemy neither one of them saw coming.
Will Wolf and Maeve find the calm in the storm, or will they be swept up and carried away by it?