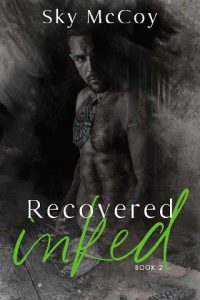 Parker:
I knew when I received this assignment that I wasn’t serious about it. A wounded vet? Get real. There was no way in hell I could find anything to say to him, other than, “Thank you for your service.”
Everyone in class thought that assignment of adopting a veteran was a cool idea, so I said, “Whatever,” and threw myself into writing the best letter I could. I included everything I thought a soldier would want to hear who was away from home.
I could have just written a simple letter, but being an overachiever, yeah right, that was why my parents demanded, “Either you go to college, or you’re getting out of here.” That was the main reason I found myself enrolled in college, not expecting to ever think about anything but partying, and whatever a gay man did who wanted no complications in his personal life.
Now I was expected to write letters. WTF. Talk about complicated. Text maybe, but writing letters? Get real. That was above my pay grade.
However, I needed to graduate, so I put my heart and soul into those letters, and the results were unexpected. Now that vet wanted to meet a beautiful, thoughtful, and sensual woman. I hated to shatter his heart, because I was anything but that.
How do I tell him I’m not a woman? I’m a man and I’m gay.
Well, I told Tony, and now for the complicated part.