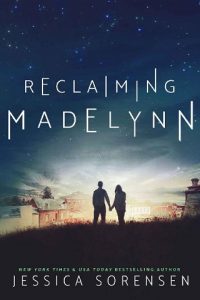 Jessamine Madelynn Baker is cursed with the ability to know when someone she cares about is going to die. Each death has something in common. An off the chart storm blows through town right before the death happens.
Usually, she stays indoors during a storm. But when her friend Zoe insists on going out during a major rainstorm, she has no choice but to go and keep an eye on her.
The night quickly turns into a disaster and Jessamine ends up blacking out. When she wakes up, Zoe is missing, and she has no recollection of what happened. But some people insist they do and are trying to blackmail her.
Having no other choice, she returns to her hometown and vows to keep what happened a secret.

But as the blackmailers continue to torment her, Jessamine starts searching for someone to confide in. When she runs into Milo, an old high school friend, she wonders if she can trust him with her secret, even though he’s roughened up around the edges.
Then there’s Zane, a guy Jessamine met at the police station when she reported Zoe missing.
Zane helped Jessamine out during a dark time. But he also seems to know more about her and her gifts than he should.
Secrets. Lies. A deadly game.
Who can Jessamine trust?
Please note this title was originally published under the under the title Unveiled, but this edition has been revised and lengthened.