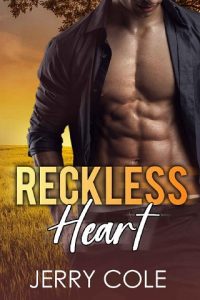 Connor is overjoyed that his high school sweetheart, Reg, has returned home after mysteriously disappearing. Can they reawaken the passion they once shared or will shadowy secrets tear them apart? Reg and Connor had dated way back in high school. In a town of only 300 people, being the only gay boys in school was both a blessing and a curse. Reg went on to college, while Connor stayed behind to look after his father’s farm.

Five years later, Reg returns. Nobody has heard much from him over the years, even his parents relied on once-weekly calls. Shrouded in mystery, he settles into an apartment above the local bank, never leaving his room. Nobody is sure what to make of this. Rumors begin to spread. Connor wants to actually know, but it seems his high school sweetheart wants nothing to do with him anymore.

Reg begins driving back and forth, leaving the town at random times of the day and returning without a word. Finally, he asks Connor out on a date, and Connor agrees. Even then, Reg remains silent and secretive about what is going on when he leaves the town. He has even suggested that perhaps he will have to leave again some time and may not return. Connor is worried about his friend and lover, and becomes ever more determined to find out what the problem is. As Connor unearths layer after layer of secrets, crimes and conspiracies in their quiet little town, he begins to realize that Reg may be in grave danger, and that he is putting himself directly in its path. Can he help Reg? Can he save himself? Or is it now too late for both of them