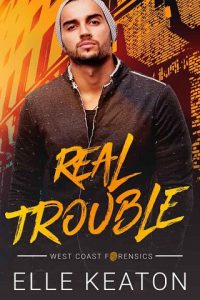 Two men from opposite sides of the law: will they be able to set aside their differences and trust love?
Danylo Peters has issues, lots of them. He’s not on Piedras Island by accident, he’s not a nice guy, and Peters isn’t his real name. Dany’s in hiding, trying to escape his family’s influence and start a new life. But Dany must have been born under a bad sign because the very man he’s really running from is one of the first he runs into.

A new life in a new town seemed like the right decision for Soren Jorgensen, especially after a difficult case left him recovering from a gunshot wound and lonely as he’s ever been. Finding Dany living on Piedras brings back all the feelings he’d tried to lock away. He’s angry and bitter and Dany will not away with his old tricks. Too bad Dany is just as compelling as he ever was. Dany is smack in the middle of Soren’s first case, and neither is able to deny the attraction between them. Will love prevail? Or will mistrust and a killer end it all?

Real Trouble is set in the Veiled Intentions world. Soren and Dany first appear in When It Rains, from the Shielded Hearts series (was Accidental Roots). Real Trouble can be read as a standalone and is dual POV following Soren Jorgensen and Danylo Peters as they fight their way to their HEA and is the first in the new West Coast Forensics series.