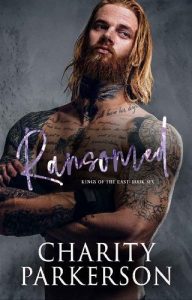 No man has ever been underneath Ransom’s skin. Major thinks he has what it takes. That’s a huge mistake.
Men have always come to Ransom easily. He isn’t classically handsome, but he’s rugged. Built for abuse. There’s nothing he won’t do. When he sets his sights on Major, Ransom knows the guy is already as good as his. What Ransom doesn’t expect is the way Major haunts him and that’s not a good thing with a past like his.
From the first time Major met Ransom, he knew he would have the man. Major is always up for a good time. Years of working as a bartender for a local lifestyle club has given Major lots of experience in bringing men to their knees. However, Ransom isn’t what he seems, and Major has no idea the world he’s unwittingly stumbled into. Now, all he can do is hope he survives.