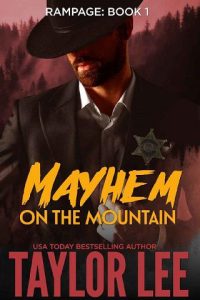 She’s an investigative media superstar. He’s a formidable county sheriff. She’s determined to expose the insurrectionist leaders. He’s determined to stop her.
If ever there was an iconic Western county sheriff, it was Calian Begay. Ruggedly handsome, arrogance was his middle name. But then, having been elected by seventy-plus percent of the voters was no small feat. Particularly for the grandson of a famous Ute Indian chief.
Determined to take down the insurrectionist leaders threatening his county, Cal wasn’t interested in the foot soldiers. He was after the clandestine political and financial kingpins underwriting the dangerous violence. The only thing standing in his way was the media bombshell intent on riding the simmering inferno to national fame.
From her inauspicious role as a beat reporter, Scarlet Comstock clawed her way to the top of the heap, becoming a local, then regional, and soon, if she had anything to say about it, national media phenom.
She knew all her blockbuster exposé needed was for her to capture the leader of the American Patriotic Front addressing the “White is Might” conspiracy crazies. She frankly didn’t care if that compromised the sheriff’s campaign to torpedo the insurrection.
Remembering Cal’s fierce warning if she refused to pull back, Scarlett admitted the formidable sheriff had done what no man had. Made her think twice before she blew him off. Which she concluded only confirmed he was to be ignored.
Face it, which was more compelling? Winning a coveted national award or obeying the arrogant sheriff who, after warning her for the third time, had the temerity to threaten her personally if she “didn’t behave.”