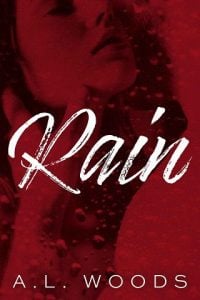 Allegra:
I’m afraid of nothing and everything.
When that car accident changed my life twelve years ago—I thought it was over.
Dom saved me.
I used to think that I could save him, too.
He was the only one who could see me.
But then Nate came along and saw me, too.
One is my past.
Only one will be my future.
I want them both—only one of them can keep me.
Eventually, I’ll have to choose.
Even if it burns me alive.

Dom:
A car accident nearly killed her.
So the monster became what she needed: a hero.
But little girls grow up to whisper I love you’s and forever’s.
I should have never touched my best friend’s little sister.
When my actions threatened her safety, I did the only thing I could think of: I married her behind her older brother’s back.
A fire and a five-year prison sentence changed everything.
She threw away our vows, so I plotted my revenge.
There was only one thing I didn’t factor in upon my release.
Him.

Nate:
I’ve spent the last eleven years on the run from my past.
I bed unsuspecting women and rob them in their sleep.
My mistake was underestimating Allegra.
She beats me at my own game.
When circumstances find me at her mercy, I’m determined to erase the tattoo of her pretty hazel eyes and her body under mine from my memory.
But Allegra’s fire isn’t easily forgettable.
And I’m not the only one who feels that way.
We both want her.
Only one of us can keep her.
May the best man win.