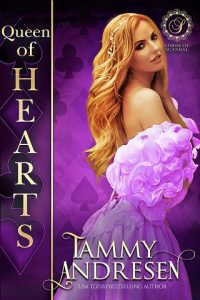 She hates the Earl of Edgemere with a passion…
Arabella White can confess that if she’s going to root out the thief from her gaming hell, she’s going to need assistance. An idea she hates. But the dark and mysterious Earl of Edgemere is as conceited as he is dastardly. Never mind that he’s also handsome as sin. He’s the last man she’d allow into her business that she’s sacrificed everything to obtain. Because this earl? He might just steal it all…including her heart.

An unlikely earl…
The Earl of Edgemere has been living on the edge. Since he inherited an earldom, it’s been one problem after the other. Between beating off the creditors and the loss of his first wife, he can hardly see a way out of the deep pit to which he’s fallen. If he could just find an heiress to marry, perhaps he could breathe again.

But when he gets an offer to complete an investigation in exchange for a financial boon, he knows he has to take it. Never mind the woman giving the proposal is as beautiful as an angel, there’s not a damn thing he can do to pursue her. His future, and his family’s, are tied to the needs of the earldom. Still, a man can dream and Arabella, as strong as she is independent, is the sort his dreams are made of. She’s everything he wants but can never have.

The more time they spend together, however, the more he wonders… what would the future hold if, rather than listen to reason, he gave into temptation?