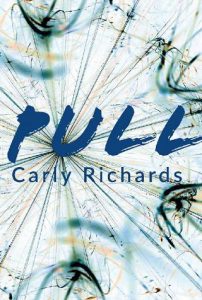 Aurora Clarke is part of a family of Magnormals, a group of individuals with DNA mutations that give them enhancements some people would kill for. From Aurora’s perspective, being Magnormal has saddled her with a lifelong responsibility of which she’s grown weary. When her mother calls her for yet another assignment, this time at King International’s Chicago headquarters, Aurora longs to be normal.

Donovan King returns from a lengthy sabbatical to find that his board has named Aurora Clarke Interim CEO. What’s worse, the board refuses to restore Donovan’s title unless he agrees to peacefully work alongside Aurora, a compromise that will test his resolve at every turn.

When Donovan and Aurora meet, the pull is instant and transcendental. They both refuse to admit their attraction. After all, Aurora has a job to do, and Donovan’s goal is singular: to remove the maddening female from his company. Their objectives are waylaid when malevolent forces attack King International. Aurora and Donovan are forced to unite in order to prevent further onslaught. Along the way they will discover there is more at stake than they could have ever imagined.