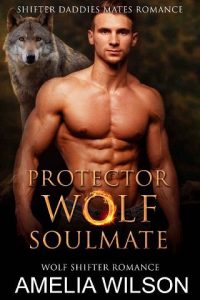 I wasn’t expecting my life to be in danger or Jagger being so hot.

Hailey:
The unexpected happened. My camera captured a murder.
My best friend Kimber said her brother could help.
I wasn’t expecting Jagger to be as sexy as he is or pure alpha beneath his designer suit.
Ending up in his bed was inevitable.
Getting pregnant wasn’t in plans, or having a crooked cop want me dead.
I’m not sure how to tell my wealthy family I’m having the baby of a wolf shifter.
Worst of all, I’m not sure how to tell Jagger I’m in love with him.
The killer is closing in on me.
How am I going to survive this?
And is there any chance of a future with Jagger?

Jagger:
I never believed in true love. For others, maybe, but not for me.
Ironic, since wolves mate for life.
I’m a pure alpha male.
Beneath the human exterior, I’m also a wolf.
Then my sister’s friend walked into my law office, and Hailey was the sexiest woman I had seen.
Only Hailey was in a world of danger, and a fierce protectiveness fell over me.
Then I had her in my bed and became addicted.
Fate and quite possibly everyone around me had other plans.
So did the killer after her.
Now Hailey is pregnant with my baby, and I have twice as much to lose.
Will my shifter friends help me keep her safe from the killer?
Can I keep them both safe and convince her I want to be a family?