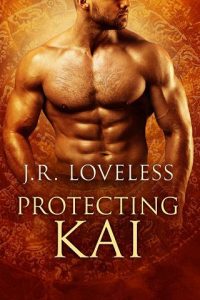 Cole, heir to the wolf pack’s Alpha, found his fated mate but lost him soon after. Knowing they are meant to be together, Cole won’t rest until he finds Kai again.

Having finally escaped his uncle’s clutches, Kai ran as fast and far as he could. Escape was supposed to mean freedom, but Kai found danger instead. With nowhere to go, he agrees to stay with Cole—for one month.

Cole knows he’ll have to work hard to earn Kai’s trust, but time is short and being denied the ability to claim his mate is driving him crazy. With the threat of Kai’s uncle, desperate to get him back, looming, Kai stands to lose much more than his freedom. But as he lets his guard down, he risks losing his heart to Cole.