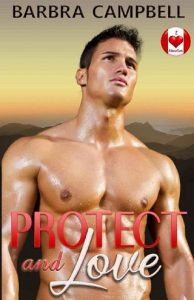 A couple of months on a goodwill tour with fellow Mounties was better than sitting at home on forced mental health leave, and it was way better than trying to explain to a shrink that my errant comment was my way of blowing off steam, not a sign of a mental breakdown. Either way, I’d been stripped of my active role in protecting the community.
On the tour, all I had to do was get to know the people in the communities, learn how we could serve them better, and demonstrate our exemplary code of conduct. That much, I could do.
Or so I thought.

One captivating woman and a passionate evening later, I was convinced she was the woman I would marry.
Unfortunately, my mind was stuck on her, and I violated the strict guidelines I was expected to uphold. My commander gave me two options: leave the tour or see a psychologist.
Forced to take the lesser of two evils, I chose the appointment. A little chit-chat and I hoped to be back at work. Easy enough.
Then Tamrin, the woman I’d determined I was going to marry, ended up being the only psychologist in the remote area we were touring. How had I not found out her occupation before deciding I’d spend the rest of my life with her?

If we admitted our bias for one another, I had to leave the tour. If we lied, we both infringed on our professional commitments. But the scarier possibility was that she might find out I was broken.
Is there anything better than falling in love?