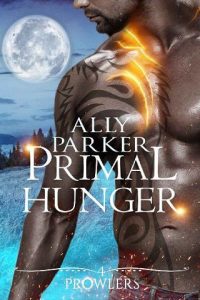 Cade is a wolf chained to darkness. Ruled by instincts he can’t control. He’s broken. Damaged. And that makes him dangerous. Now the shifter council is breathing down his neck demanding answers. Answers that could cost him his life.

All he needs is one tiny female’s help to set the record straight. When he discovers she’s been turned into a vampire, he offers his protection…in exchange for her skills. Now his wolf wants her. Needs her. Won’t stop until he has her. She’s forbidden and he’ll break every damn law to keep her.
Fleeing from a vampire attack, Hannah found out firsthand you can’t outrun monsters. Not when they can hunt you down. When all hope was lost, she’s saved by a wolf. A creature that should fill her with terror. So why isn’t she afraid?

Maybe it’s the way he carried her to safety? Maybe it’s the shadows in his gaze, or the loneliness that radiates right to her soul? As fangs fill her mouth, urges claim her body. Urges only Cade can satisfy. In a world she doesn’t understand the rules to, she needs a crash course in order to survive. When Cade offers to keep her safe, and teach her how to be a vampire, it seemed like a good idea…until she hungered for more than his touch.