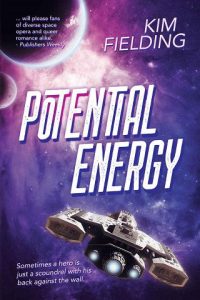 When interstellar smuggler Haz Taylor loses his ship, his money, and his tattered reputation, drinking himself to death on a backwater planet seems like his only option. Then the Coalition offers him a contract to return a stolen religious artifact. Sounds simple enough, but politics can be deadly—and the artifact’s not enthusiastic about being returned.
Haz didn’t sign up to be prisoner transport, but he’s caught between a blaster and hard vacuum. Still, that doesn’t mean he can’t show his captive some kindness. It costs him nothing to give Mot the freedom to move about the ship, to eat when he’s hungry… to believe that he’s a person. It’s only until they reach Mot’s planet. Besides, the Coalition would hate it, which is reason enough.
Then he finds out what awaits Mot at home, and suddenly hard vacuum doesn’t look so bad. Haz is no hero, but he can’t consign Mot to his fate. Somewhere under the space grime, Haz has a sliver of principle. It’s probably going to get him killed, but he doesn’t have much to live for anyway….