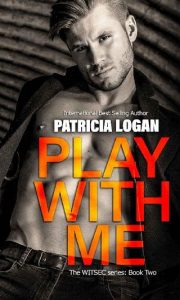 When ATF special agent Kane Delancey meets Luca Price, a bright young gay man, his whole world turns upside down. On top of his growing feelings for Luca, his job has just become more complicated. Still undercover with the LAPD, he feels as though he’s completely out of his element… until a popular bar in West Hollywood blows up, right in Luca’s back yard.
Luca’s new flame, Kane Delancey, is the man of his dreams until he suddenly stops calling and goes back to dating women. Luca is heartbroken but he’s made of grit. Nothing keeps him down for long. His job brings him joy, his employees keep him on his toes, and his friends make him laugh even when he wants to cry. When someone close to him is suddenly murdered, Luca reaches out to the only person he can think of for help.

Kane is in for a reckoning and he doesn’t even know it. With Luca back in his life, he’s forced to be honest with himself and try to navigate his new reality. Meanwhile, someone has hacked into the Justice Department and stolen a list of WITSEC protectees. While the US Marshals rush to round up potential targets all over the country, Kane and his friends at the ATF, the LAPD, and the FBI realize they may have a serial killer on their hands.

Someone is picking off people… one by one. They must be stopped.