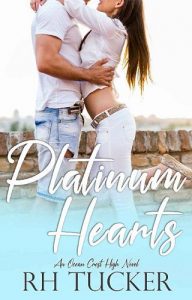 Zach Peterson is not only one of the hottest guys at Ocean Crest, he’s also a Platinum. The Platinums are the richest and most popular students in school. If there’s one thing the Platinum’s hate more than their credit cards maxing out or trust funds running low, it’s the Loaders. But there’s a secret Zach’s kept from even his closest friends. His platinum status has been gone ever since his father died.

Zach and Kat couldn’t be more different, but Kat soon learns Zach’s platinum ranking is more illusion than fact. Zach is realizing Loaders aren’t the groveling peasants his friends think of them as. A connection starts to form between the two, but are their feelings enough to overcome the war between their social status? Plus, there are the other Platinums who’ll do anything to save their friend from being linked to a Loader. Are Kat and Zach destined to find a happily ever after or become star-crossed lovers?