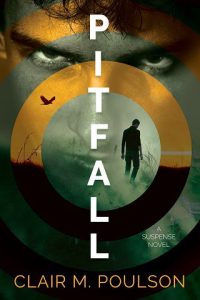 Fifteen-year-old Sparky Graves has been plagued by adversity all his life. Orphaned as a baby, he has been raised in a home where his adoptive brother Kal can do no wrong and Sparky is blamed for every misdeed. The reality, however, is that Kal is a cruel and manipulative bully whose escalating torment leaves Sparky with no choice: he has to run away.

After hitchhiking cross-country, Sparky finds a safe haven in the unlikeliest of places. On a dusty roadside in Southern Utah, the young man is taken in by Alfred Briggs, an elderly widower in desperate need of a farmhand. The two soon form an unbreakable bond, and for the first time, Sparky feels hope—until his past catches up with him. There has been a murder in his hometown, and thanks to his brother, Sparky has been named the prime suspect. With his photograph all over the news and a manhunt underway, Sparky must rely on the help of his new friend and a young lady who has also come to help Alfred as he fights to prove his innocence and free himself from the grasp of his malevolent brother once and for all.