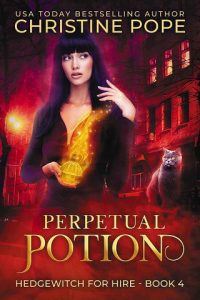 The cards never lie…and this time, the truth is deadly.

Four months into being a not-so-platonic couple, Selena Marx and Calvin Standingbear are getting into the spirit of Halloween in Globe, Arizona, complete with elaborate costumes. Selena’s even agreed — a bit hesitantly — to do a limited number of Tarot readings for her best friend Josie’s blowout Halloween bash.
The party is going spookily well…until Selena’s reading for high school principal Danny Ortega. The cards don’t hold back about his less-than-savory dalliances, predicting that karma won’t be kind. In fact, karma strikes back before the party’s even over — as Danny drops dead.
When Danny’s ghost asks Selena to uncover who killed him, she has no choice but to dig through his rather checkered romantic past for clues. All while taking the next step in her and Calvin’s relationship — meeting his parents.
And if that’s not enough to make Selena want to dive head-first into a bowl full of Halloween chocolate, discovering the heartbreaking truth behind Danny’s death might be the final blow….