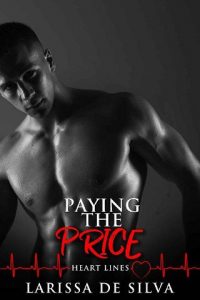 Dr. Becca Baker wasn’t supposed to end up like this, in a dingy Vegas hotel drinking martini after martini trying to forget all about the marriage that was once supposed to be her happy ending.
She doesn’t want to go back to her life.
To her empty home, that she once hoped to fill with children.
To the hospital, where every other surgeon knows exactly what Scott did to her—but only his version of events.
While drinking in a city far away from her own home, she runs into the boy who made her life a living hell in high school.
Kieran Bloom looks just like he did in high school. Tall, ripped, with twinkling eyes and a smile to die for, the man looks like he could model in any high-fashion campaign.
But after graduating high school, his once-promising athletic career went off the rails, and he ended up attending to the needs of lonely and drunk people in a forgotten bar in Las Vegas.
His one accomplishment is having outran his past.
Until he sees her. Little Rebecca Baker isn’t so little anymore. She’s no longer the bespectacled girl with the frizzy hair and the annoying mouth-breathing habit who always spoke too damn much.
Now she’s beautiful, and funny, and interesting.
And she seems to want his services.
He’s not in a position to turn her down.
But Becca might have gotten the wrong idea about exactly who Kieran Bloom is… and now she’ll have to pay the price.