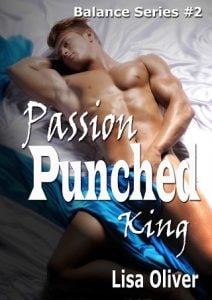 King Zagan, Commander of the legions of the damned and one of the higher echelon in the Underworld, never fancied a mate. Demons weren’t that way inclined. But when Botis met the Archangel Raziel and their relationship actually worked, Zagan was intrigued. Of course, it wasn’t as though he planned on claiming anyone, but tangling in the sheets with a forbidden angel was a vice he could and would enjoy. Or so he thought.

Anael has always considered himself the annoying younger brother of angels like Raziel. As the angel of love, passion and sexuality, he could see love connections that others couldn’t. When he saw his connection with Zagan he was so excited. Not only was he part of the big “Mating Scheme” devised by Head Office, but he snagged King Zagan, the secret crush he’s had for centuries. Now if only things could go right for them both.

A marriage proposal from Lady Zoltus is just the first sign of trouble for the new couple. When Lucifer sticks his nose in and detains Zagan in the Underworld, leaving Anael to roam earth alone, more secrets are uncovered. After a confrontation Anael starts to question if anything he does is right. Will these two ever find their HEA?

This book is a continuation of the Balance series although it focuses on a new couple. It advisable to have read book one, The Viper’s Heart (Raziel’s and Botis’s story) to gain a sense of context for this one. MM intimate experiences divulged in the pages. Suitable for adult readers only.