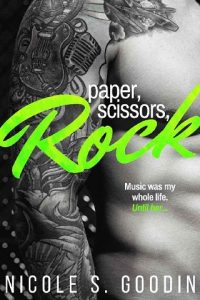 Do you want a date with a rock star?
“This is Shelly Corbett, reporting to you live for HDN news, I’m outside ‘The Jett’ nightclub where we have reports coming in left, right and centre that serial womaniser, ‘the world’s gift to music’ – Parker Sloan, has set his sights on a mystery redhead. Breaking footage has revealed the talented musician carrying the unknown woman across a crowded nightclub, and later kissing her passionately in the street. Could it be that Parker Sloan is finally off the market?”
When Parker sees something he wants, he goes for it. The moment he lays eyes on Charlotte, he has to have her. ‘No’ isn’t a word Parker has heard for the past five years, and he doesn’t have any intentions of starting now.
Charlotte Watson has already had one devastating brush with fame, and she swore that was enough to last her a lifetime.
Will she have what it takes to resist the self proclaimed ‘sexy rock star’?