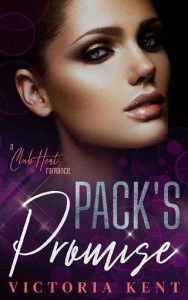 What late-bloomer Madison needs is a pack of no strings attached alphas… so why is it the pack’s beta who she’s falling for?

Alphas Lucas and Grey want an omega to spoil, steady their pack’s dynamic, and eventually, start a family with. But they’ve been burned in the past: omegas aren’t willing to share the alphas’ attention with the pack’s beta, and Rian? He is non-negotiable, period.
Still reeling from her dangerously late presentation, Madison needs to find a pack–and fast. For her second heat, it’ll be either the hospital’s omega ward–cold, sterile, and humiliating–or taking her chances at Ardor, an exclusive, members-only club for omegas to meet alpha packs.
Madison knows she’s not at Ardor to flirt with tall, handsome betas–even if she still feels mostly like a beta herself–but Rian’s sexy smile and broad shoulders make her heart flutter. Then she meets his alphas, and it’s not just her heart that’s tingling with anticipation, but everywhere: his two alphas make her new omega body react in ways she’s never experienced before.
Suddenly, the prospect of her upcoming heat doesn’t seem so bad… but when she finds herself falling for all three of the men, can she learn to love being an omega if it means being theirs?