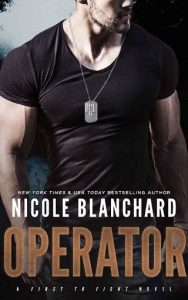 These U.S. Marines are always the first to fight when it comes to their country…or the women they love.
He’s the one man she never wanted to see again.
It’s been five years since Gwen Winston laid eyes on the man who took her virginity–and broke her heart. Five years since he told her he could never see her again–right after she married his brother. Now he’s back, almost a year after her husband’s death to pay his respects. The cause of death was suicide–but Gwen isn’t so sure.
Once her life is threatened, she begins to doubt everything she thought was true…including how wrong it would be to get close to Callum.
She’s the one woman he can’t have.
Callum “Cal” Reece is at loose ends after losing the only family he had left and leaving the Marines. When he sees Gwen again all he can think about is how much he missed her while he’d been gone, even if she’s his brother’s widow. Wanting her is wrong. Needing her is worse…but losing her is unthinkable.
Sometimes the forbidden is a dangerous temptation.
When they give into a passion they can’t deny and uncover secrets determined to tear them apart, Gwen and Cal realize it will take learning to forgive to survive.