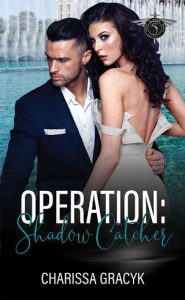 Eden
As a former CIA operative, I thrive on danger and excitement.
I’m extremely spontaneous and tend to act first, think later. It takes a certain kind of crazy to willingly do half the things I’ve done.
That’s why my nickname is Loco.
Five years ago, I married a complete stranger in Las Vegas rather than allow my cover to be blown. We had one hot night together and then he disappeared.
Now Stranger Danger is back. And it turns out we’re still married.

Colt
I’ve only met one person not intimidated by me– and she married me after knowing me for less than five minutes.
She’s the only woman who’s ever knocked the breath from me, and now she’s my partner on a new mission.
She’s still my wife, but the funny thing is, I don’t even know her name.
Our fake vows turned out to be real. My plan to forget her turned out to be impossible. But how do I convince her to take a chance on the man who left her five years earlier?
I still want her. So for better or worse, my wife needs to come to terms with the fact…I’m not faking anything anymore.