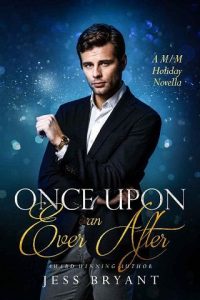 Dawson Frost isn’t gay.
He understands why people have a tendency to assume he is. After all, both of his older brothers and his uncle are in committed relationships with men. He doesn’t have anything against being gay, he just isn’t. He’s straight. It’s one of those things a man just knows about himself, isn’t it? He’s not attracted to other men. At least, he never was before. Not until he met Beau.
Beau Beaumont isn’t a cliche.
He is not in love with his straight best friend. He’s not. That would be stupid. Only, he’s not convinced Dawson is quite as straight as he thinks he is. No matter what his friend says, there’s no denying the chemistry between them. It’s more than friendship and it’s more real than anything Beau has ever experienced before in his life.

Can Beau convince Dawson that what he’s feeling isn’t wrong? Can Dawson admit what he wants is more than friendship before it’s too late? Will they find a way to a happily ever after or are they bound to end in disaster?