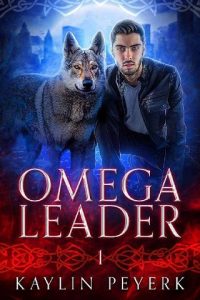 My wolf is screaming for me to show him what it means to be an omega. The pain that comes with having a body made of glass and a soul threaded together by starlight.

Omega citizens are at the bottom of the food chain due to their weak stature and softer dispositions, especially incredibly rare omega males. Jhona Fletcher has known that startling truth since the moment he came of age. After a harrowing experience when he was in his teens, Jhona learned that he could disguise his identity by manipulating his pheromones and honing his body into a sleek wall of muscle.

Now, almost eight years later, he’s closed himself off to his trauma by stepping up as the ruling alpha of the Eastern Pack. His only mission? To create a safe space for omega and beta wolves alike while working to change the fundamental reasons their society views them as lower-class citizens. Such a noble cause made it easy to forget who and what he really is, that is, until a handsome alpha male waltzes into his life and ignites his omega mating pheromones.

Seeing Finn for the first time not only stirs up the budding attraction between them but also brings with it flashes of the painful, unresolved trauma of his past. Now, with the unavoidable heat sneaking up on him, Jhona has to make a decision about his priorities.
Is love worth the cost of losing everything else that matters, or is it simply not enough?

This is a dual POV slow burn omegaverse story that touches on social issues, abuse trauma and overcoming what that means for omegas.