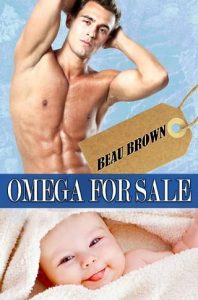 Omega Atlas Payne never imagined he’d be at The Auction being ogled by rich alphas. He had bigger plans for his life that didn’t include being an incubator to some alpha’s offspring. But when his father disgraces his family name, it’s either sell himself to the highest bidder or starvation.
Alpha Dante Stone is still grieving the loss of his omega a decade later. He has zero interest in taking a new omega. Still, he’s inexplicably drawn to the young omega who seems completely out of place at The Auction.
When it looks as if the nastiest alpha at The Auction is about to win Atlas, something inside Dante snaps, and he buys Atlas himself.
But once he has Atlas in his home, he has no idea what to do with him. He craves Atlas but is too guilt-ridden to give either of them what they instinctively want.
Then fate steps in.