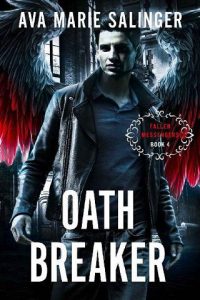 When the past comes calling, Cassius and Morgan have no option but to face the dire consequences of the choices they made before the Fall.

With Cassius Black’s secret operations to save the world in the last five-hundred years finally revealed by the agencies that govern the otherworldly, his status as the most vilified Fallen on Earth changes almost overnight. Unused to his newfound fame, Cassius tries to keep a low profile, but Morgan King’s reckless actions soon have them in the news again.
Forced to take a sabbatical, the pair heads to London to meet with Victor Sloan, who’s been incommunicado since his identity as the demigod who betrayed Cassius and Morgan during the War in the Nether came to light in the Spirit Realm.
Meanwhile, Theophile Serrano’s attempts to adapt to his new job as P.A. to Sion CEO Hugo Frost are derailed by the strange things that keep happening to him. Things that soon convince him that he is losing his mind.
Destinies collide when a catastrophe engendered by the dark God Elios strikes London. As past and present meet, Cassius finally comes face to face with the Guardians who were left behind in the Nether.
Will unlocking the secrets of Cassius and Theo’s past be the key to the city’s salvation? Or will the truth tear them all apart and give Elios the victory he seeks?