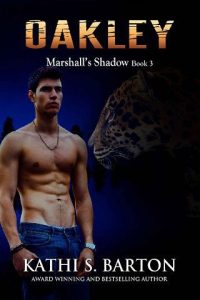 Lachlan Russell had been rushed into emergency surgery. Her boss’s daughter took exception to Lach, telling her no, and went ballistic, throwing anything and everything she could at Lach until Lach finally collapsed from her injuries. Lach was also pregnant at the time, tricked into being a surrogate to carry her sister’s child.

Harris Marshall, Shep’s wife, was called in on the case. Lach’s boss and daughter were now both in jail, but Lach’s family was another matter—they were worse. Harris would make sure this woman pulled through if she had to kill Lach’s family to see to it. Calling in reinforcements, her brother-in-law, Oakley, was the first to arrive at the hospital.

Oakley was thrilled to have found his mate. As far as he was concerned, Lach was perfect. But her sister and brother-in-law were both insane. Would he and his family be enough to protect her from their madness?