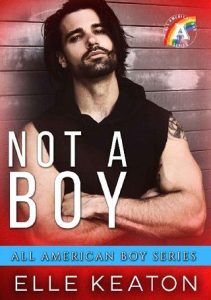 Henry should have kept on walking by when he spotted the younger man sitting alone on the beach. He should never have stopped, never sat down, and certainly never kissed him. Because now Henry is experiencing feelings. And he doesn’t like it one bit.
Things happen for a reason, even random hook-ups. Ben was supposed to get off work early that night. It was no accident the sexy stranger stumbled on his beach hiding spot. The Kiss was destined, as well as what happened afterward. It wasn’t as if Ben believed in love at first sight, but this was damn close.
It’s a good thing Henry lives three-thousand miles away or he might do something stupid, like ask for Ben’s phone number.
Ben’s hometown boss begs him to return and he agrees, only regretting not being able to say goodbye to his snarky divorce lawyer. But all the wanting in the universe isn’t going to bring them together again, he doesn’t even know Henry’s last name. Besides, home is on the west coast, not Maine.
Sometimes the universe is a funny place.