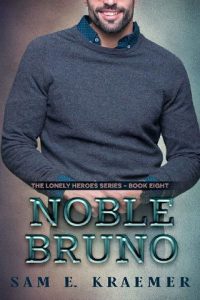 Bruno Garvin has been in love with one man in his life, and he’s married to him… Trouble is, the marriage was never supposed to be real. It was a passive aggressive way for Dominic Mazzola to show his mother that denying Dom’s sexuality doesn’t make it untrue.
Now, Bruno’s back in the States and Dominic’s more than angry with him for mailing the fake marriage license to the Recorder’s Office in Kentucky where they tied the fake knot with their friends on New Year’s Eve.
Bruno’s resolved himself that he’ll find a way to win Dominic’s heart, but when the traitor in their midst—the man he saw with Francesco Mangello in Italy—is finally identified by Bruno, will he inform the Torrente family or will he keep the secret in hopes of keeping Dominic?
What’s more important to a man with noble intentions—the fate of innocents or the love of his life?