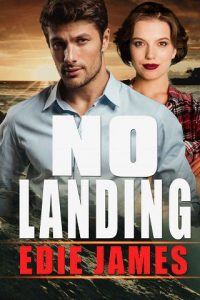 He’s her brother’s best friend. She’s loved him forever, but will old secrets—and a determined killer—destroy their chances for a happy ending?

Star Brannigan might know more about computers than men, but she’s certain her older brother was killed because of the dangerous ransomware program he and their friends thought they’d destroyed years ago.
And now the murderer’s stalking her.
There’s only one man she can turn to for help, former SEAL and Knight Tactical operative Ethan Hernandez, her brother’s best friend, an expert cybergeek, and the man she’s had a crush on since college. Years ago, winning his love would have been a dream come true. But that was before she betrayed him. Ethan has no idea she’s the one responsible for sending his life spinning in a new direction, but if the truth ever comes out, he’ll hate her.
A hacker herself, she knows all too well that no secret remains hidden forever.
Protecting sweet, sassy Star isn’t the hardest assignment Ethan’s ever taken on. Shielding his heart from her charms tops that list. She’s off-limits. Always has been. Always will be. She needs a big brother, not a boyfriend.
Not that his desires matter. If they can’t stop the murderer trying to recreate the stunningly-destructive program they once created, neither he nor Star will have a future to worry about.
Welcome to Hope Landing, a small town full of big secrets…and deadly lies. Join the action as the former SEALs of Knight Tactical Protection battle danger and tests of faith on the road to lasting love. A series of clean, inspirational action adventure romances, each guaranteed to lift your heart.