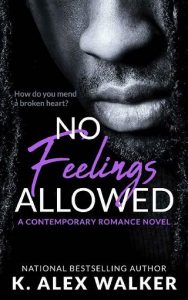 On the outside, former MVP wide-receiver turned successful entrepreneur, OB Daniels, is a player. A self-proclaimed dog. Carson Hollister, OB’s best friend, is the only one who knows the truth—it’s the size of OB’s heart that’s the problem. Once he falls, the woman he falls for becomes the center of his universe.
No matter what she does.
It’s why OB does his damndest to avoid it.
Enter Samantha Norwood.
Samantha is the founder of a multi-million-dollar gaming software giant.
She’s also a cancer survivor, which gives her a certain perspective on life and a beautiful, refreshing vulnerability that makes OB crave her friendship and her heart as much as he craves her body.
Sam sees him as a brown-skinned skull and crossbones.
He sees her as the most dangerous weapon fate has ever wielded against him.
Both Sam’s and OB’s friends warn her not to fall.
OB’s a heartbreaker. A cautionary tale.
OB’s…not the man he used to be. The man before it happened.
Still, instead of falling, she leaps.
And, as she falls, Sam discovers that the real reason OB keeps everyone at arm’s length isn’t a fear of falling in love.
It’s a fear of something else entirely.