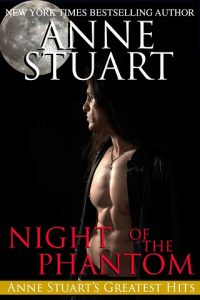 Megan Carey was ready to embark on a trip to Europe, finally taking time to do something purely for herself, but when she finds her father on the brink of suicide, her plans go out the window. Her father is being blackmailed by a reclusive genius who’s demanded TK Carey show up to answer for his crimes. Panicked, Megan volunteers to go in his place.
Ethan Winslowe is a brilliant, eccentric architect with a grudge. In his odd, rambling mansion, he waits for Megan’s father to enact his revenge, but when Megan comes in his stead, Ethan has a new prisoner to answer for the crimes.
At first, Megan is afraid of the strange, dark man who tormented her father with threats of public ruin. Ethan is mysterious and deeply secretive, refusing to allow himself to be seen in the light of day. But soon, Megan’s fear is replaced by curiosity and a desire to see the man who haunts her dreams, and even as she’s kept prisoner she’s drawn to him, obsessed by him, on the edge of falling in love with a phantom.
Is there any way she can learn to trust a creature of darkness before the outside forces of evil destroy them both?