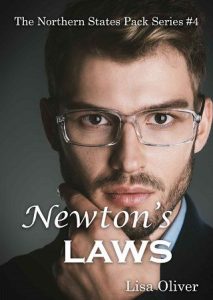 Newton considered himself fairly adaptable, but he had one rule he absolutely lived by – do not get involved with assassins. He could overlook the one mated to his only brother. He would even help the four assassins to gain their freedom from the Council. That fell under the ‘favor to his brother’ category. But socializing with them, being friends with them – that was not going to happen.

Tron couldn’t help his negative reputation. As the feared trainer for the ridiculous assassin program, he’d done his job, mourned the dead in private, and made sure the four remaining assassins could stay safe. He did one favor – just one tiny favor, and suddenly his world was upside down and turned inside out.

Instincts aside, no one would’ve said this was meant to be an easy mating. But the Council weren’t finished with the assassins yet, and what they gave away with one hand, they took back with another. Then there’s the mysterious Master Kimble – wasn’t he supposed to be dead? And is there anything that can change Newton’s Laws?

Newton’s Laws is book 4 and the final book in the Northern States Pack series. It is best if you’ve read at least book 3 before reading this one to understand the context of some sub-plots. Also included in this book is a short story about Shadow and Marcus for my lovely readers who wanted to know how those two met.