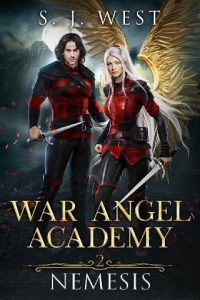 As Lora, Silas, and Cal frantically search the Void for their friends, they quickly discover that rescuing them will be much harder than they originally thought. Lora begins to doubt whether or not she truly wants to save Kai, but she can’t in good conscience abandon him in the Void to face Levi’s wrath alone. As one chapter of her story closes, a new one begins until tragedy strikes, causing Silas to question everything about his life, including his relationship with Lora.

An unexpected turn of events brings Lora face to face with her guardian sisters. Their hatred for her forces Lora to realize that her window of opportunity to save them expired a long time ago. Even though it’s only been a few months since she left the Void, her sisters have lived under Levi’s tyrannical rule for over a millennium. Any chance she might have had to save them has all but vanished. They’ve become Levi’s henchmen and more than a few of them revel in their roles.

In order to save their friends, Lora, Cal, and Silas return to the place where their adventures in the Void first began: the Black Castle. However, Levi won’t let them just waltz in and take what they want without a fight, and war rarely leaves everyone alive.