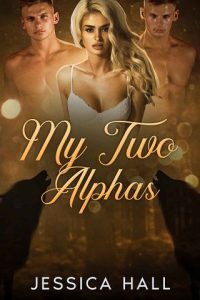 The Twins – Descendants of the Moon Goddess herself, twins Tyson and Ace thought they had it all. That the worst they had to handle was their older, alpha king brother Ryker, who liked to keep things well within his control.
Then their entire world is flipped on its head. Ryker finds his second chance mate, but heartache follows. Coming together as brothers do, they set loose on a hunt to find Rykers mate’s missing daughter Lucy. When Tyson and Ace set eyes on the girl, their universe shifts, and they begin to feel a pull toward her.
When they turn 17, and Lucy is only 12, they come to understand that little Lucy is their mate and a world of pain and chaos is to follow. When parted from her mother, Lucy was experimented on. The monsters stole her Wolf and left her with nothing but bloodlust from her vampire counterpart. She’s a hybrid.
A wolf without her beast.
A girl with a wicked bite.
Now, not only do the twin brothers have to wait for her to grow up, but they also have to hope she recognizes them as soon as she does.

Lucy – Lucy has always been different. She learned to accept that dormant part of herself after the experiments she suffered through. Saved by her mother and new step-father with two tag-along nuisances that come with matching faces, Lucy tries to make the best out of a rocky situation. Little does she know that the two young men who have always been by her side, protecting her since childhood, are hiding a secret. She’s their mate. Now she understands the pull she’s always felt, but she’s left questioning if she can ever look at them as anything other than family. Will Lucy reject her true mates? Or will she entrust the fates with the only thing she has left? Her heart.