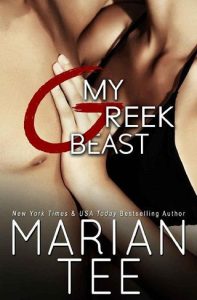 28-year-old Alyx Marshall has never had a boyfriend, but it’s never been a problem until she falls for the wrong man. And there’s nothing more wrong than it actually, since Alyx’s lost her heart to her best friend’s husband.
Desperate to kill her unwanted feelings, Alyx signs a pact with the devil, disguised on earth as Nathan Callis, an enigmatic Greek ex-model who also happens to be a billionaire in his own right. If anyone can make her forget the man she should never have loved, it would be this too-perfect man who she’s always been dangerously attracted to.
Sparks had flown the first time they met, but Alyx had made herself ignore it, knowing that men like Nathan were bad news. But things have changed. If he still wants her, she’s his for the taking…as long as he can promise to make Alyx forget the pain inside her heart.
And he does. Oh, he does, but fool that she is, Alyx never imagined Nathan would succeed by making her fall for him…even when his heart already belongs to someone else.