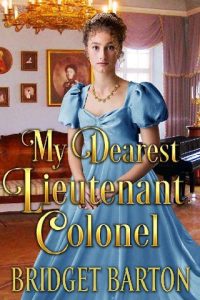 Lady Elspeth Finch-Hatton is a free spirit that could not care less about titles, birthrights and wealth. Even though she is soon to marry the Earl of Launceston, she knows that her heart will never beat for him, as it’s a marriage her mother has arranged by force. The only man who could possibly make her happy, was Lord Bryce Rowe, who left for the war six years ago, taking with him Elspeth’s every hope for love and happiness…

When her lost love returns at the most unexpected time, will Elspeth find the courage to fight for what her heart desires?

Bryce has returned from war to find that the love of his life is to marry his wealthy cousin, despite her promise that she will be waiting for him. With his whole world collapsing, he tries to pull himself together. However, when he encounters Elspeth again, memories resurface and his heart starts to beat in the most uncontrollable rhythm for one more time. However, claiming her love will be an uphill struggle, as he will have to go against the Ton and her family.

Will Bryce be brave enough to open his heart again and pursue the only woman he has ever loved?

Elspeth and Bryce might have spent the last six years apart, but the affection between them never faded; if anything, their love for each other is growing stronger with each passing day. However, Elspeth’s conniving betrothed will not tolerate this union, leading to an ugly confrontation. Could Elspeth and Bryce build bridges between them and compensate for the years they lost? Will they dare to go against society and write their own fairytale?