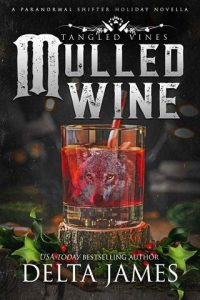 The Ring of Fire gave birth to nations. Will it provide the basis for Chelsea’s salvation?

When Chelsea Rhodes was ousted as Mistress of Coronado, she was banished to Hawaii. That doesn’t sound bad… unless you’re a wolf-shifter in a place wolves have never existed, the plantation you’ve been given teeters on the bring of bankruptcy and there’s some alpha wolf skulking around as a fated mate.
He is the illegitimate son of the Alpha of Wolf Song, but raised in as the son of the Alpha of Paris. His adopted father dead, his brother installed as the leader in Paris and his mother reunited with her fated mate, Dax is trying to decide on his next move when an assassin almost succeeds in trying to kill him.
His mother asks him to go to Hawaii and help Chelsea. The problem is she doesn’t want his help or to admit that he is her fated mate.

Will Dax be able to convince Chelsea that together they can build a successful business and pack before Christmas?