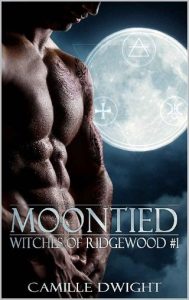 The Varúlf have one monumental problem: in a modern world where magical races, once numerous, have been slowly disappearing, they’re next. There are whispers that witches may hold answers, but rumours help no one.
Wielders of elemental magic, descendants of gods and now existing solely in secret, the witches have been hunted to near extinction by the Varúlf, dangerous werewolf shifters.
Facing an extinction of their own, the Varúlf have turned to desperate measures to try and ensure their own survival – at any cost. But it has been decades since a witch was last seen…
… until one ventures far from the safety of her coven on a once-in-a-lifetime errand for an important ritual, only to find herself in the grasp of the one Varúlf unwilling to imprison her.
When Isa meets Braun on a hotel rooftop, she doesn’t know the danger she is in. And after she escapes, she finds herself longing for the man who saved her – the man, and the beast that she has spent her life hiding from.
Unwilling alpha Braun has no interest in pack politics. What he does have an interest in is the beautiful witch he saved from a literal pack of wolves, a woman he has no hope of ever seeing again.
With danger on her tail, Isa runs. But each time she runs back into Braun’s arms, it becomes harder to let her go.