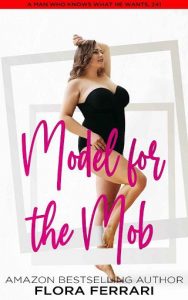 Model for the Mob by Flora Ferrari – Free eBooks Download

Now I’m twenty and I should be past immature stuff like that. But when Franco Rosso, one of the most vicious mobsters in the city, orders me to participate in his fashion show so he can laugh at me, I have no choice.
It’s just another humiliation. My only hope is getting through it without making the mobsters angry.
But then something crazy happens.

Luca Lioni – tall, handsome, powerful – comes to my defense when Franco makes fun of me. This muscular silver fox starts a mafia war over me.
He takes me to his estate. He says he’ll protect me. At first, I have no idea why, and when he tells me, I find it even more difficult to believe.
“I own you, Lucy. You belong to me. I’m claiming you… forever.”
I think it’s a trick. I’m a curvy virgin who’s never received attention from men, and definitely not from anybody like Luca Lioni.
He’s six and a half feet tall, with iron hair and dark intense eyes. He’s huge and intimidating and captivating. And I’m me… a wannabe fashion designer who’s never even had a boyfriend.
Luca shows me the different aspects of himself, parts of him I never would’ve guessed at.
Even as war wages around us – even when our lives are in danger – he never stops wanting me.
Maybe being a model for the mob will become a blessing in disguise.

Or maybe Luca will lose the mafia war and Franco will punish me for the part I played in it.